Yesterday we took an impromptu trip to Bath and then to Bristol. I have been dying to visit both cities since I arrived in England, and since I had two days off from work, and they are only about 3 hours away, it was the perfect getaway.

Coming into Bath on the coach, it reminds me a lot of Savannah, Georgia. I have never been to Savannah, but have always wanted to, and probably it looks the same, yeah? 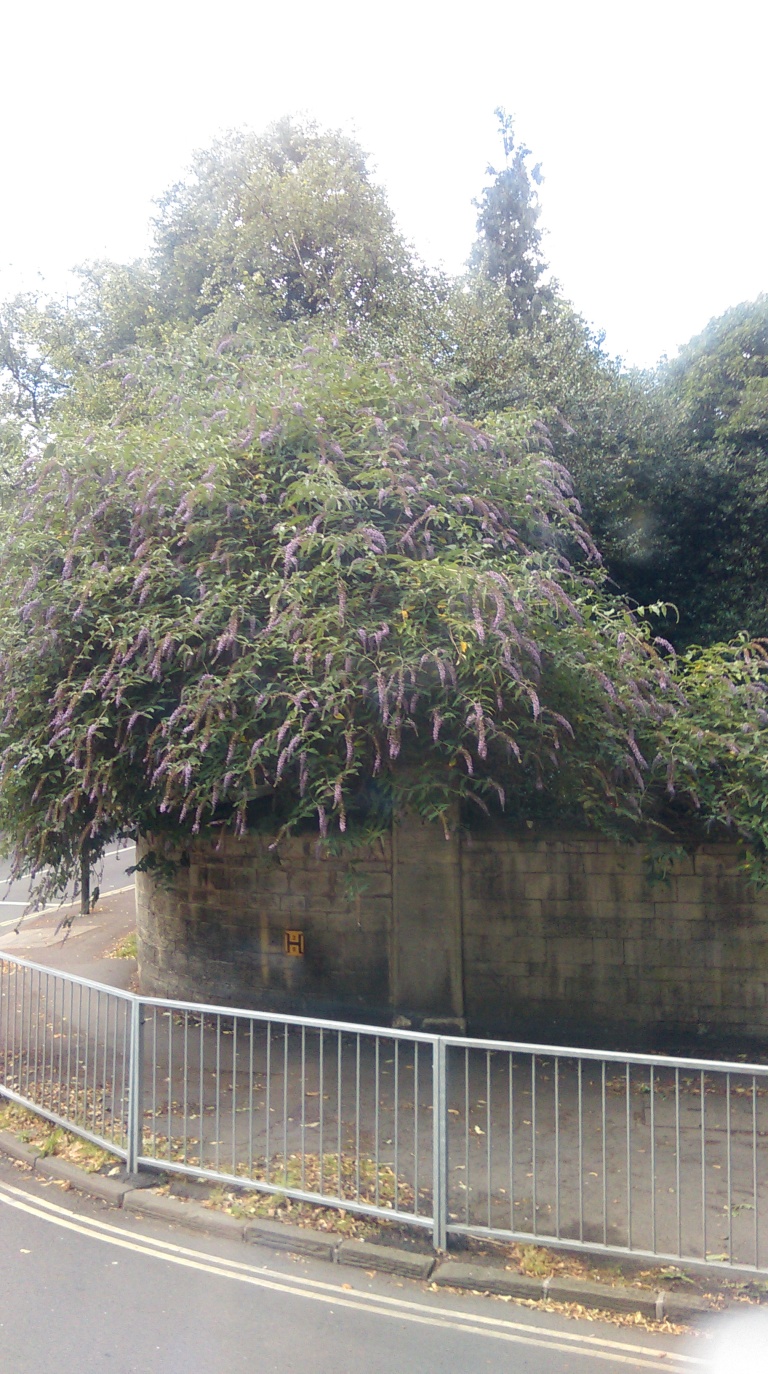 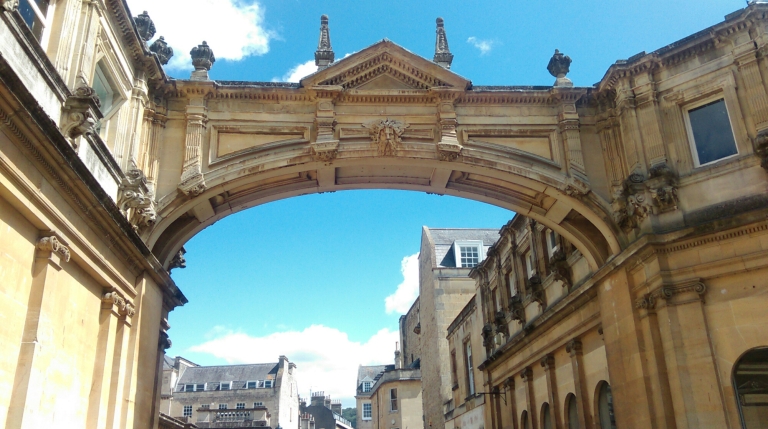 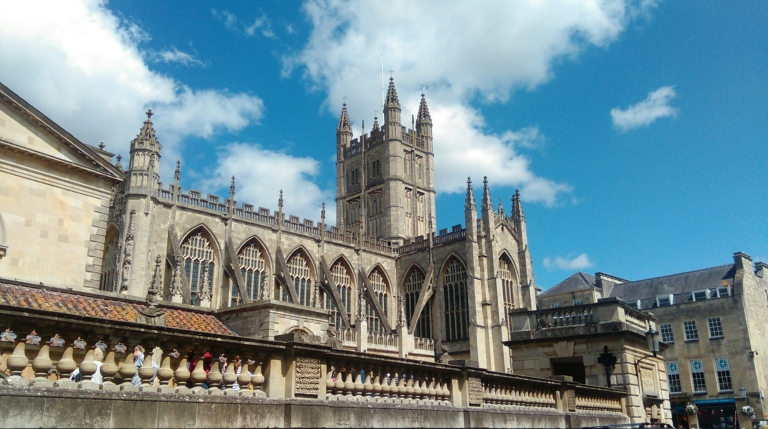 First stop when we arrived, was, you guessed it….the Roman Baths milkshakes!! 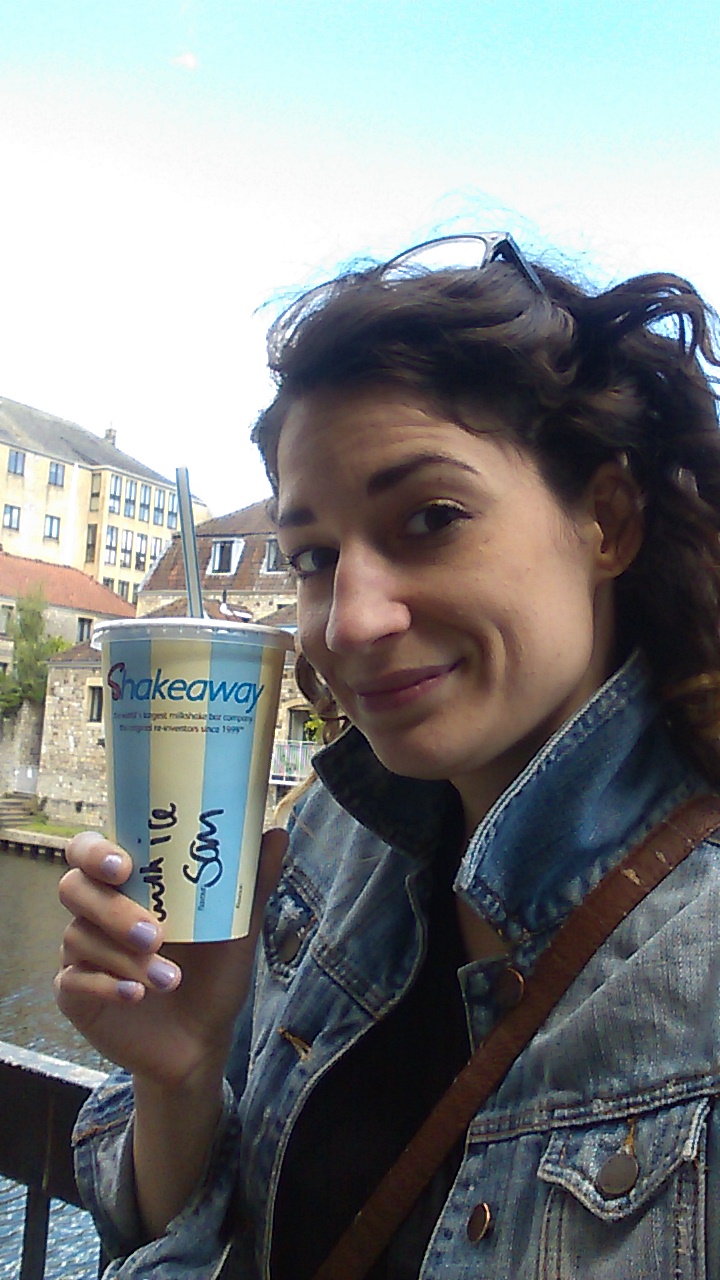 We then found a hostel, dropped our stuff and wandered around. Bath is small and cute, but there are shops and cafes EVERYWHERE…Topshop and Primark and Starbucks are all of my absolute favorites, but not what I expected to see in Bath.

The architecture, as I now know, is what Bath is known for, and the buildings are all gorgeous, but I am a bit lost on what Bath is supposed to be. It’s so super touristy and crowded in the main area,  and then the ‘outskirts’ were completely dead. 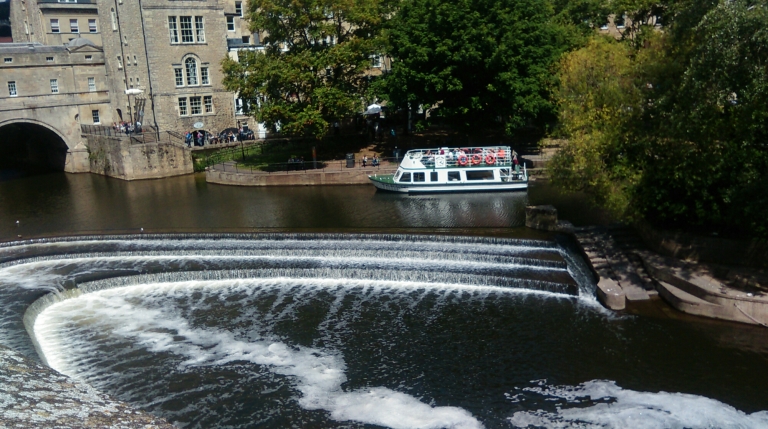 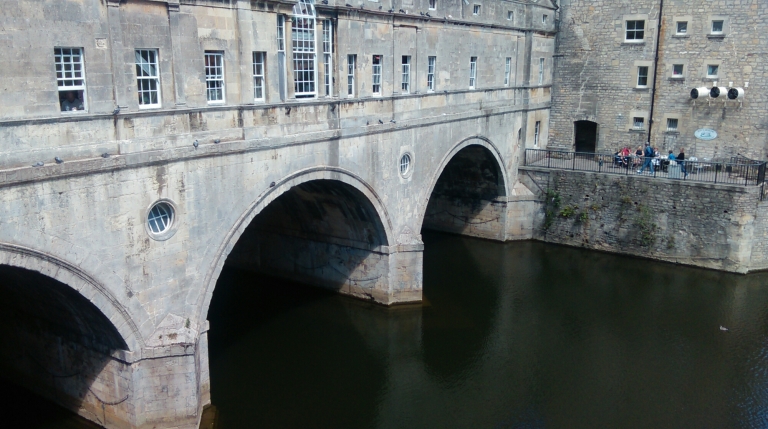 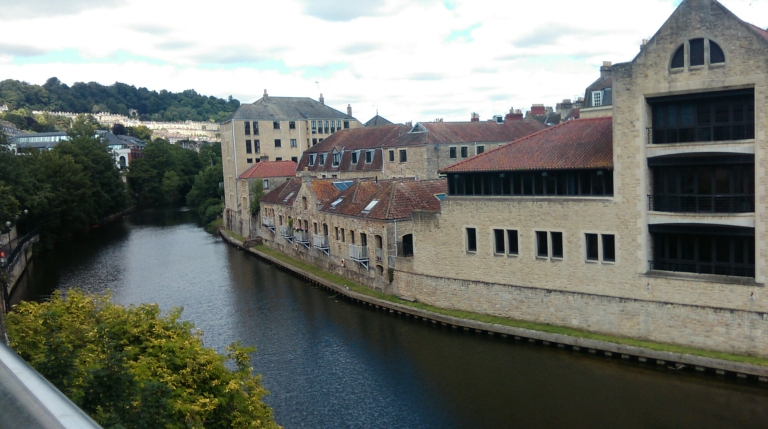 We did go to Bath Abbey, which is a giant church in the city centre with beautiful stained glass. 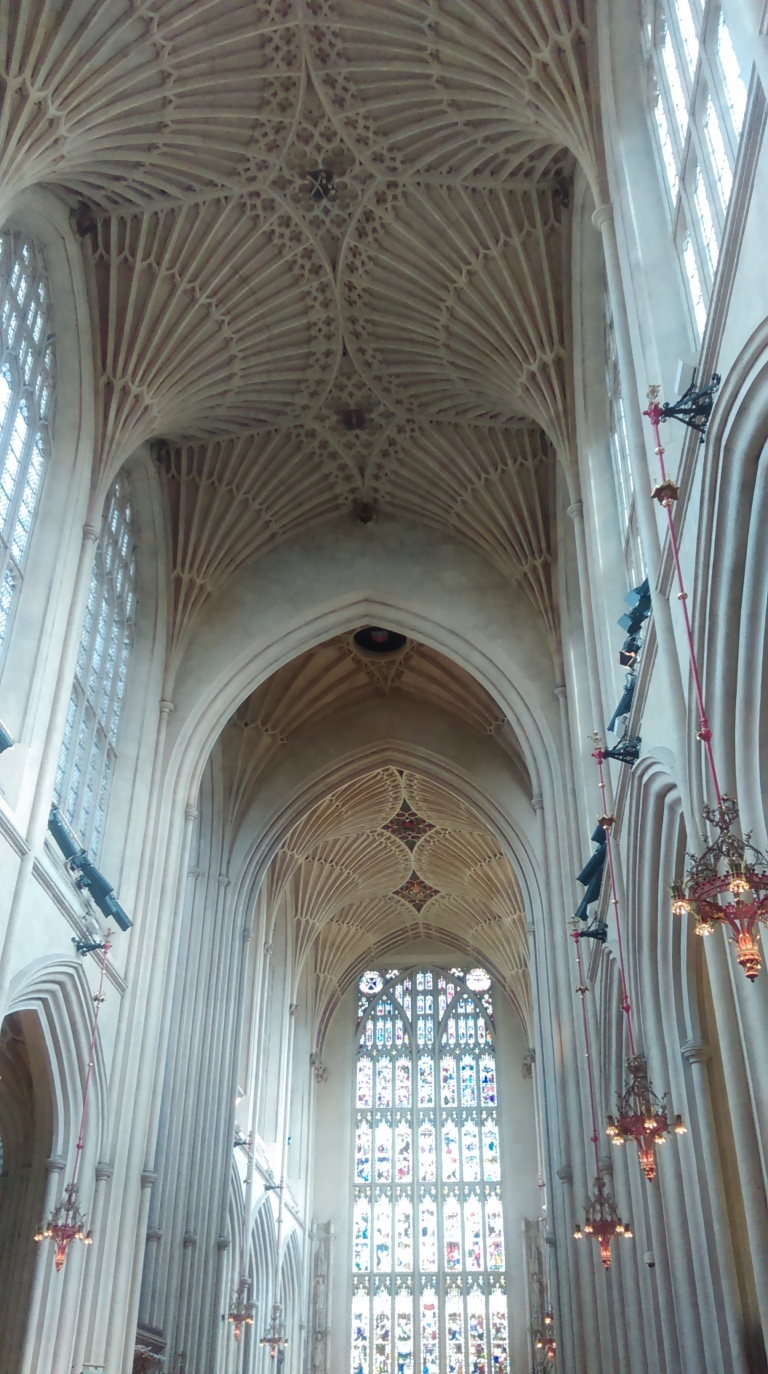 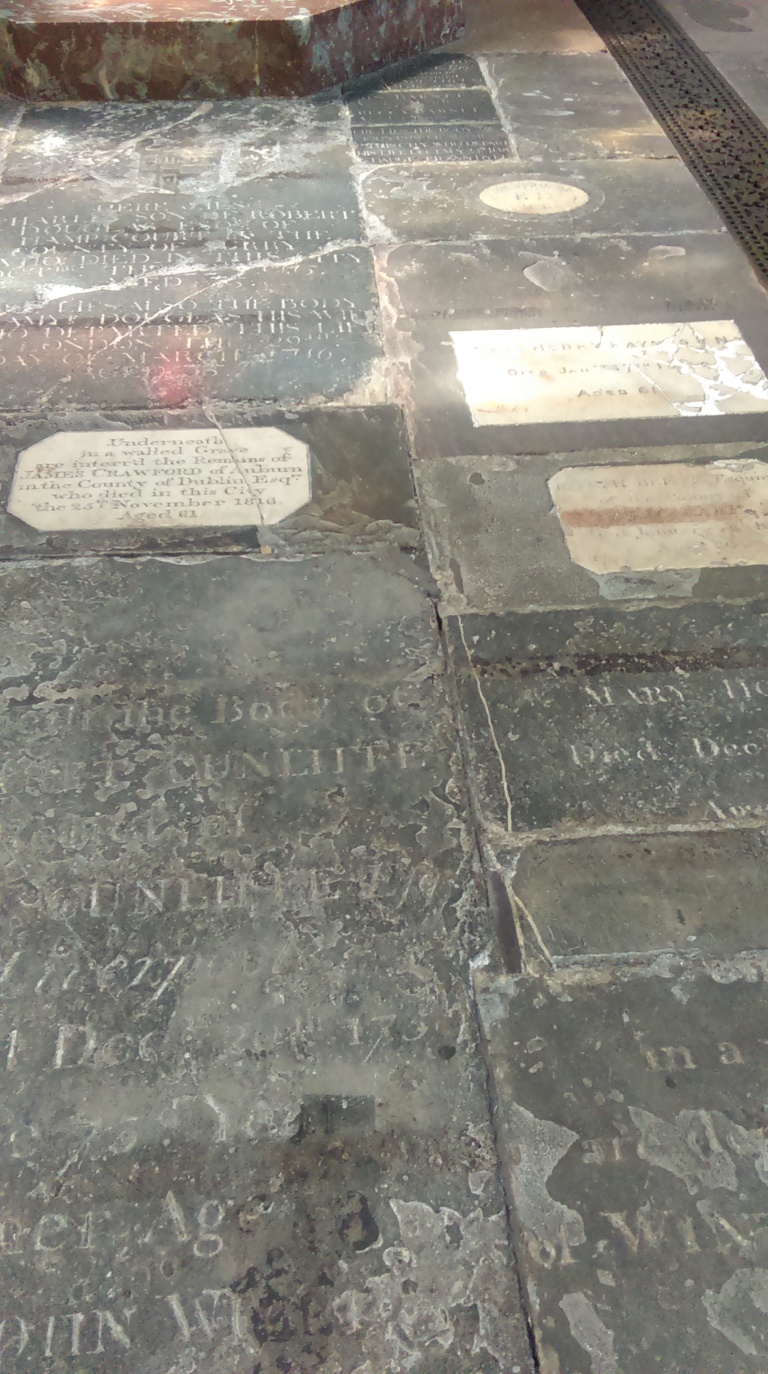 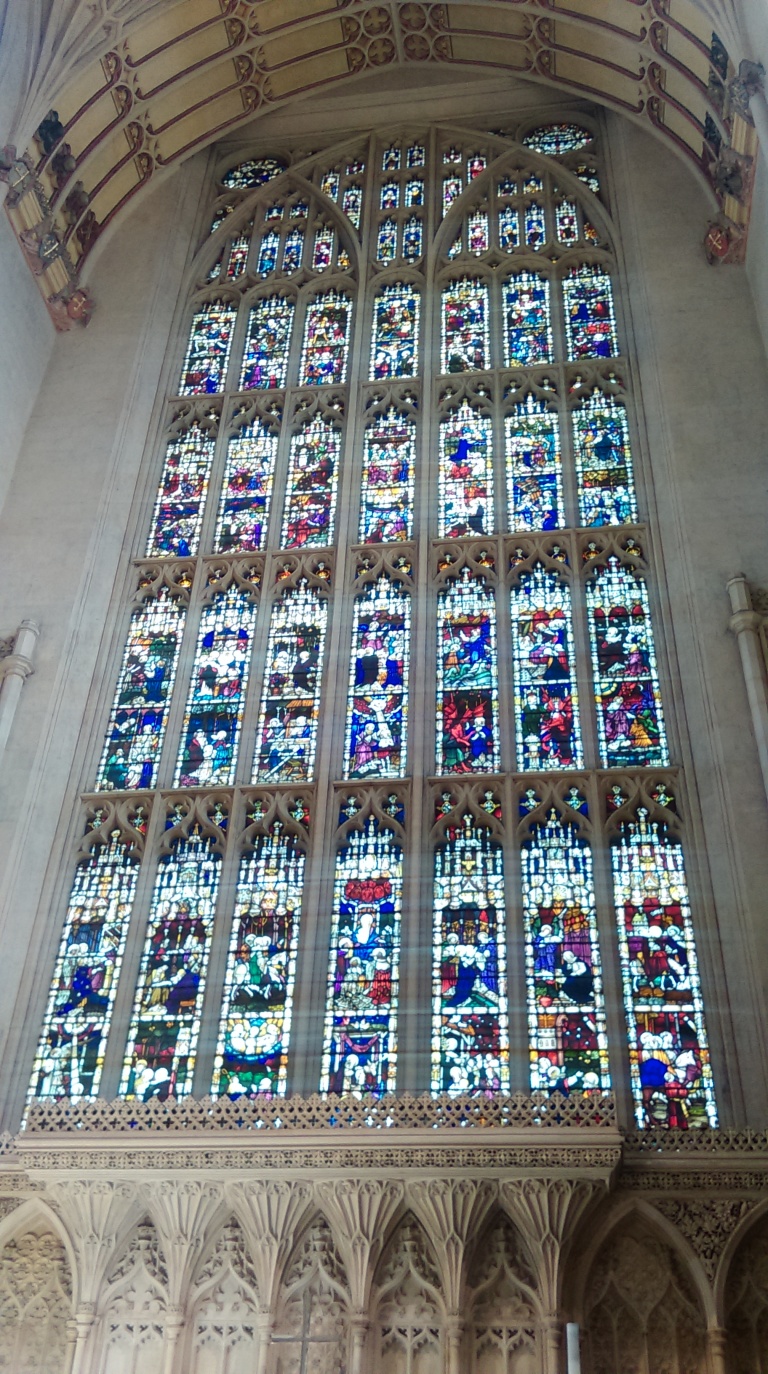 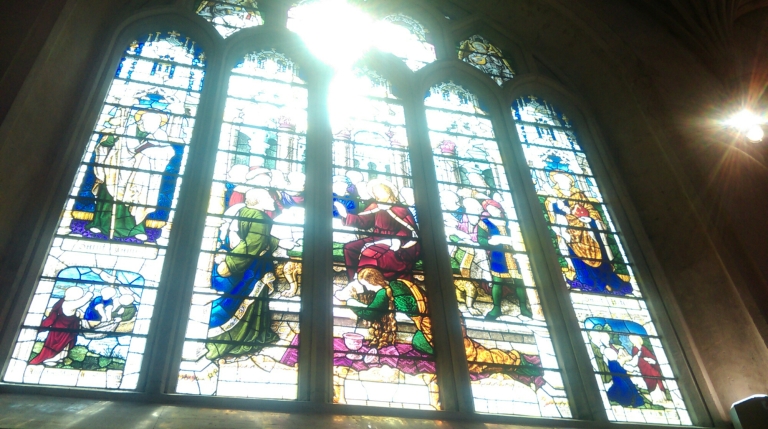 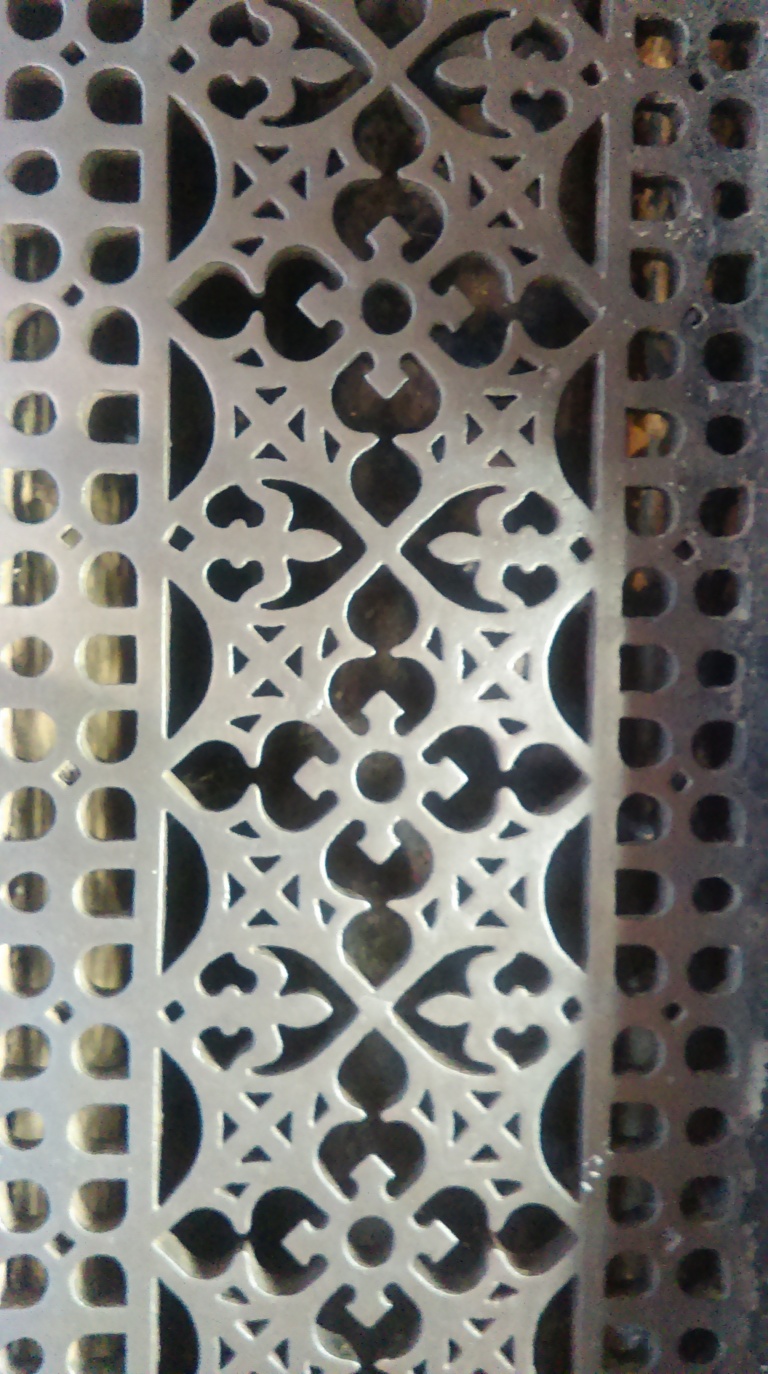 We ended up not going to the Roman Baths, because, well, neither of us actually wanted to. I know it’s what you are supposed to do when you go to Bath, but it just seemed a little touristy and a little boring. It was £14 to get in, so we instead paid a little bit more and went and spent our evening across the street at the Thermae Spa.

I had never been to a spa before but my boyfriend’s Parisian lifestyle lends itself to spa trips, anytime and anywhere, so I thought it was finally time to see how the other half live. The spa had three floors for us to use, a pool, a steam room and a rooftop pool, where we actually watched the sun set on one side of the pool and the moon rise on the other side. It was lovely and germy all at the same time. I don’t want to talk too much about it, because we couldn’t use our phones in the spa, so I don’t have many pictures to share, but trust that the views from the rooftop pool were breathtaking. All my anxieties about not being the kind of girl who “spas” went right out the window, when I realized, I actually am the kind of girl who leaves Nova Scotia and watches sunsets, on rooftops in Bath, England. Life is funny sometimes. 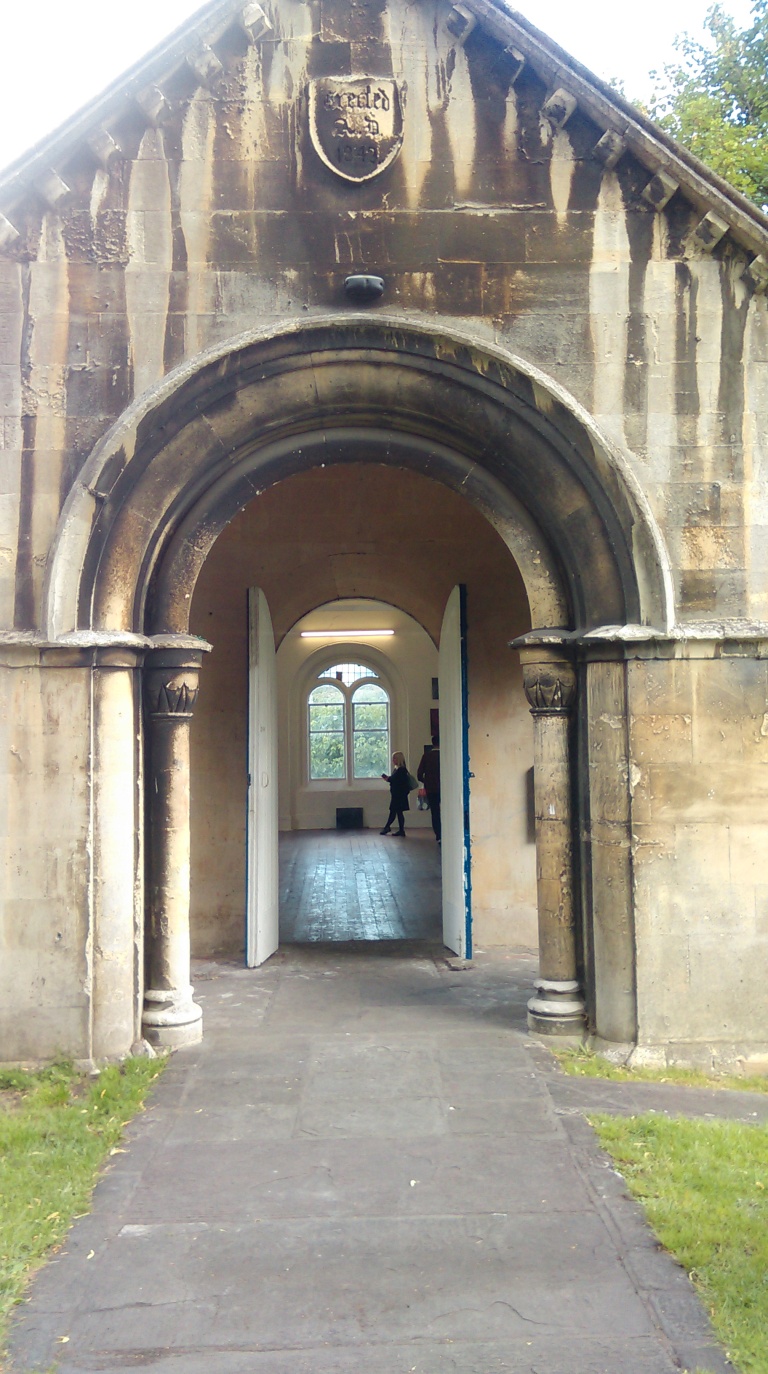 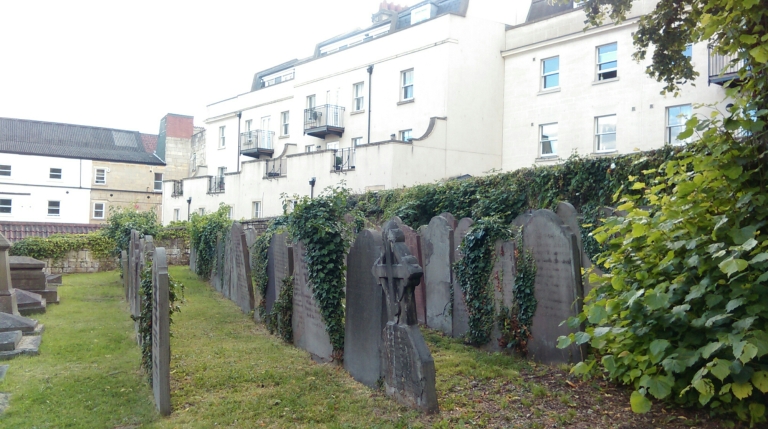 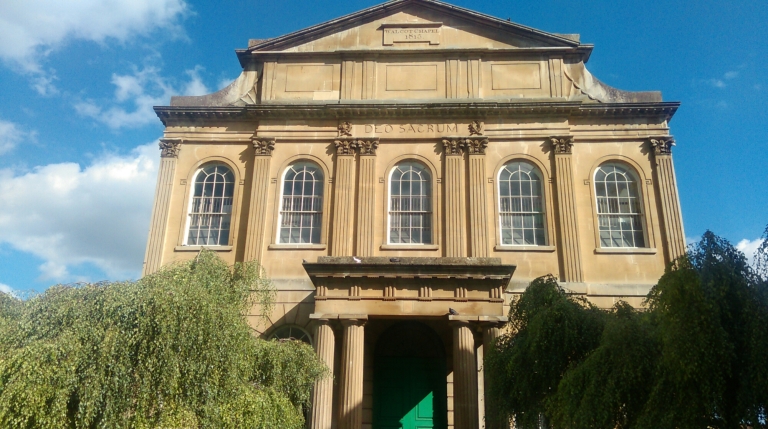 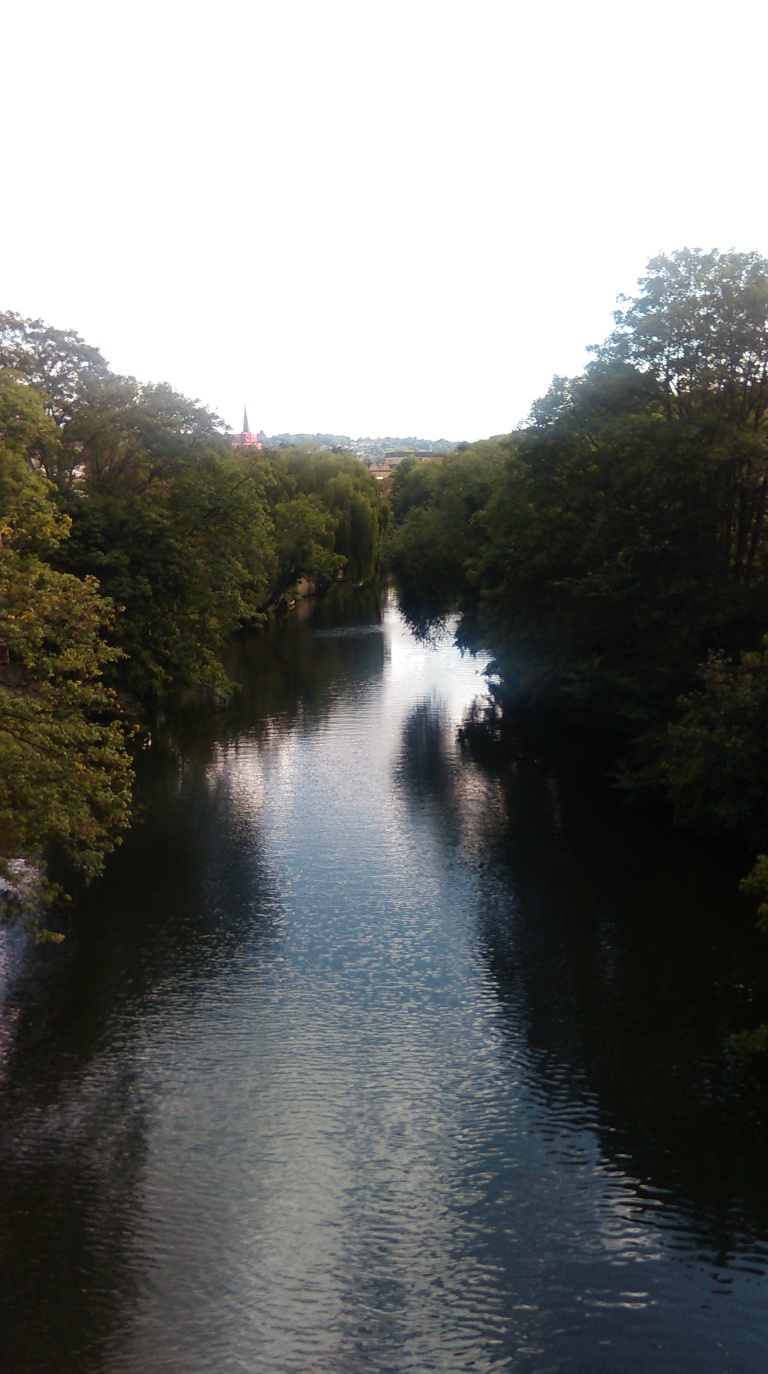 A day and a half in Bath seemed to be enough, so we hopped on a bus and took the hour long trip into Bristol. At this point, I don’t have a lot to say, as Bristol is probably the worst city I have ever been to. I mean, I’ve never been to Detroit, but Bristol is probably worse. I really, really, really want to say lovely, romantic things about the city, but nothing is coming to mind, so enjoy some pictures! 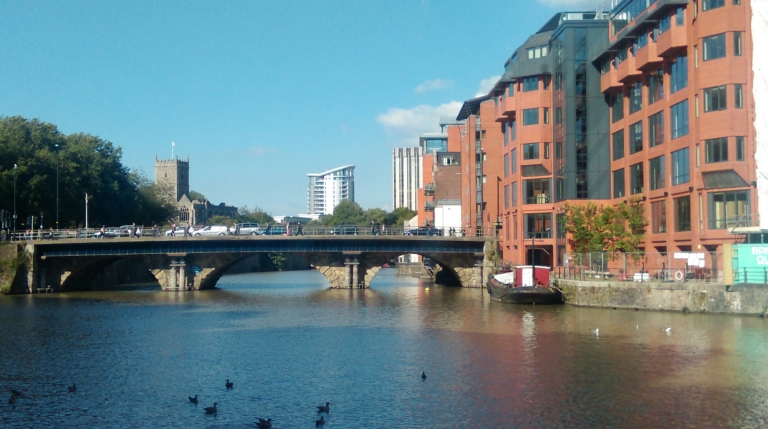 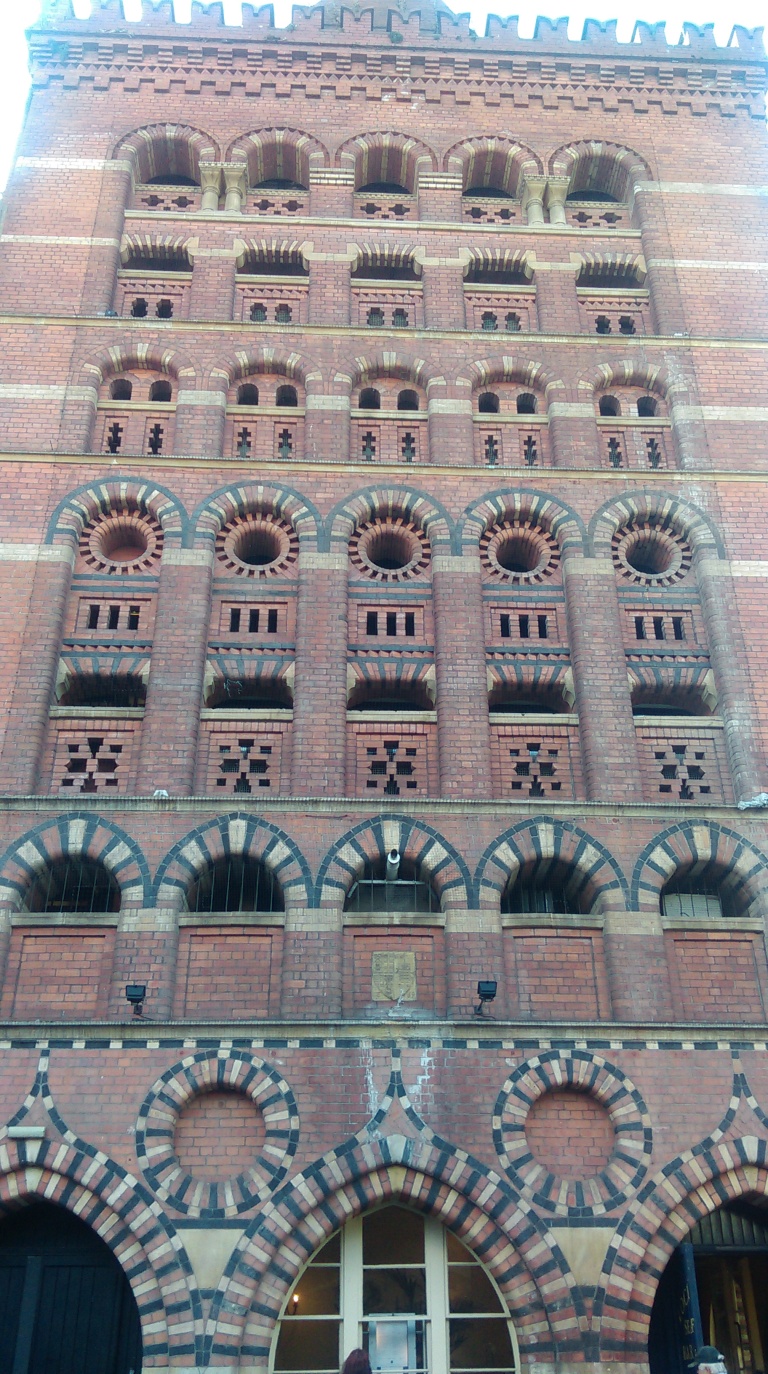 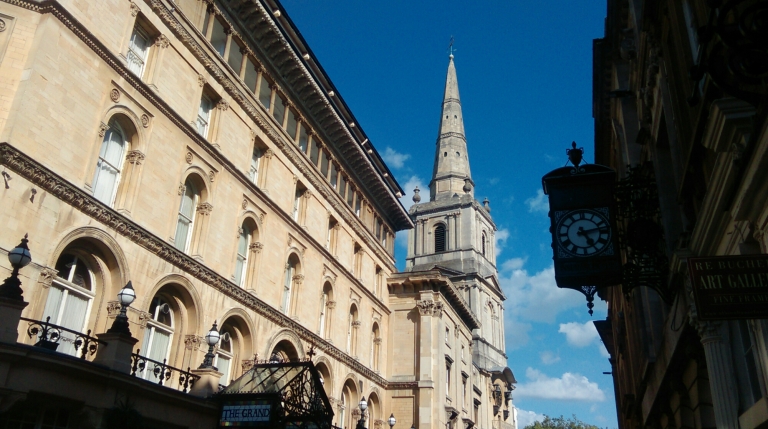 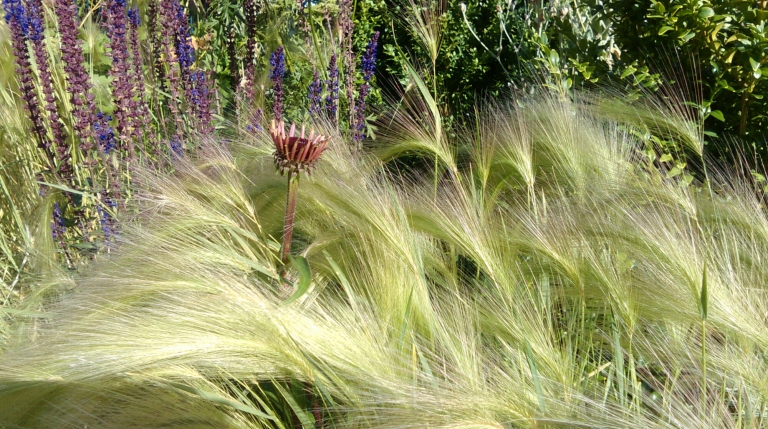 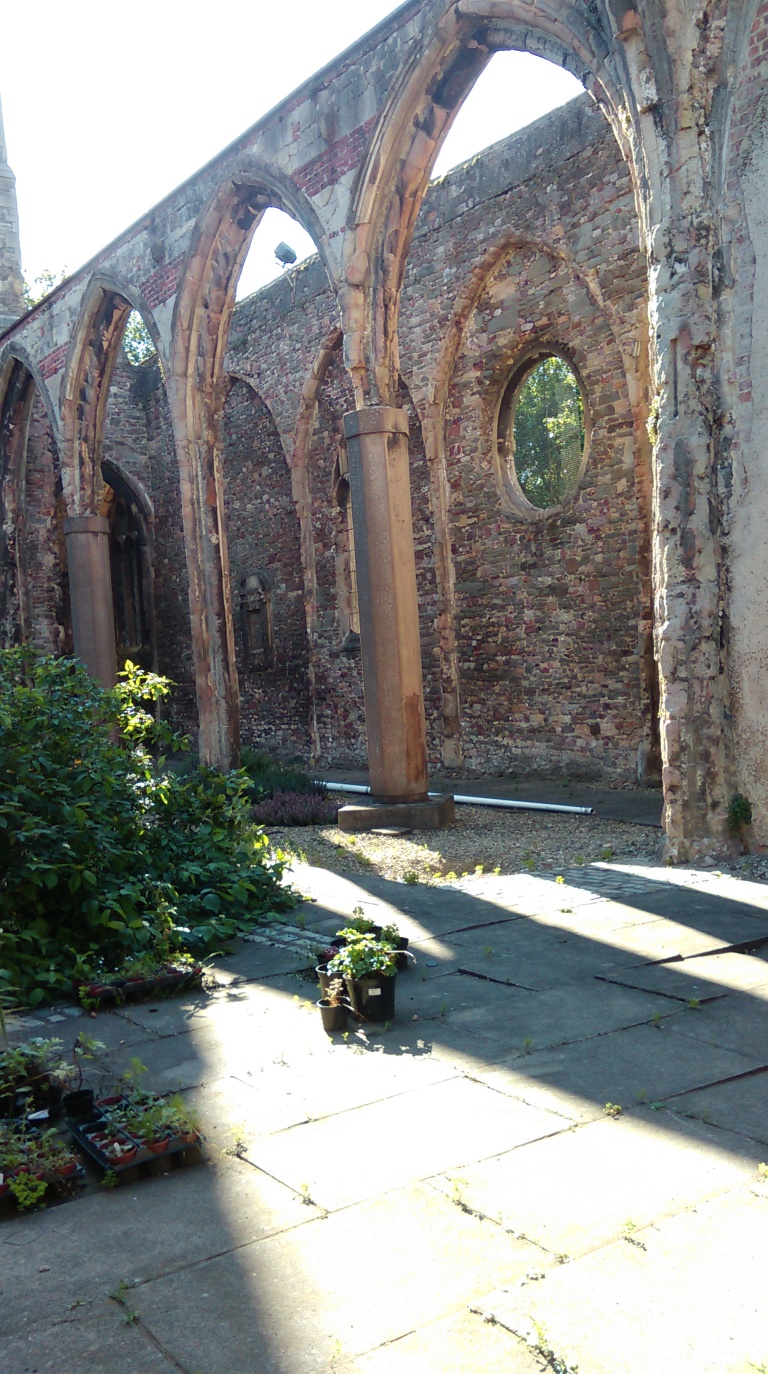 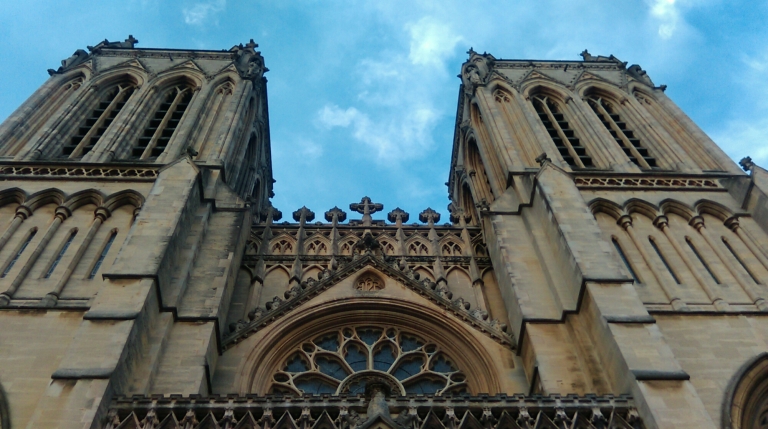 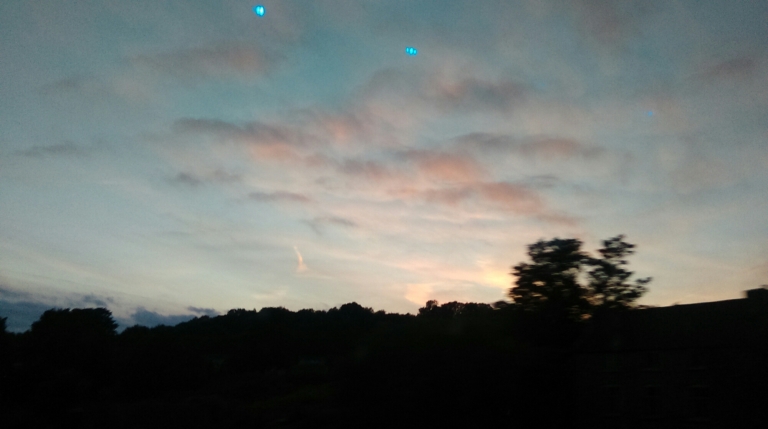