My life has been a WHIRLWIND since I arrived in Paris 13 days ago. I have done everything and nothing but I have yet to be stolen by gypsies (a real problem apparently…), so here I am to tell my tale. 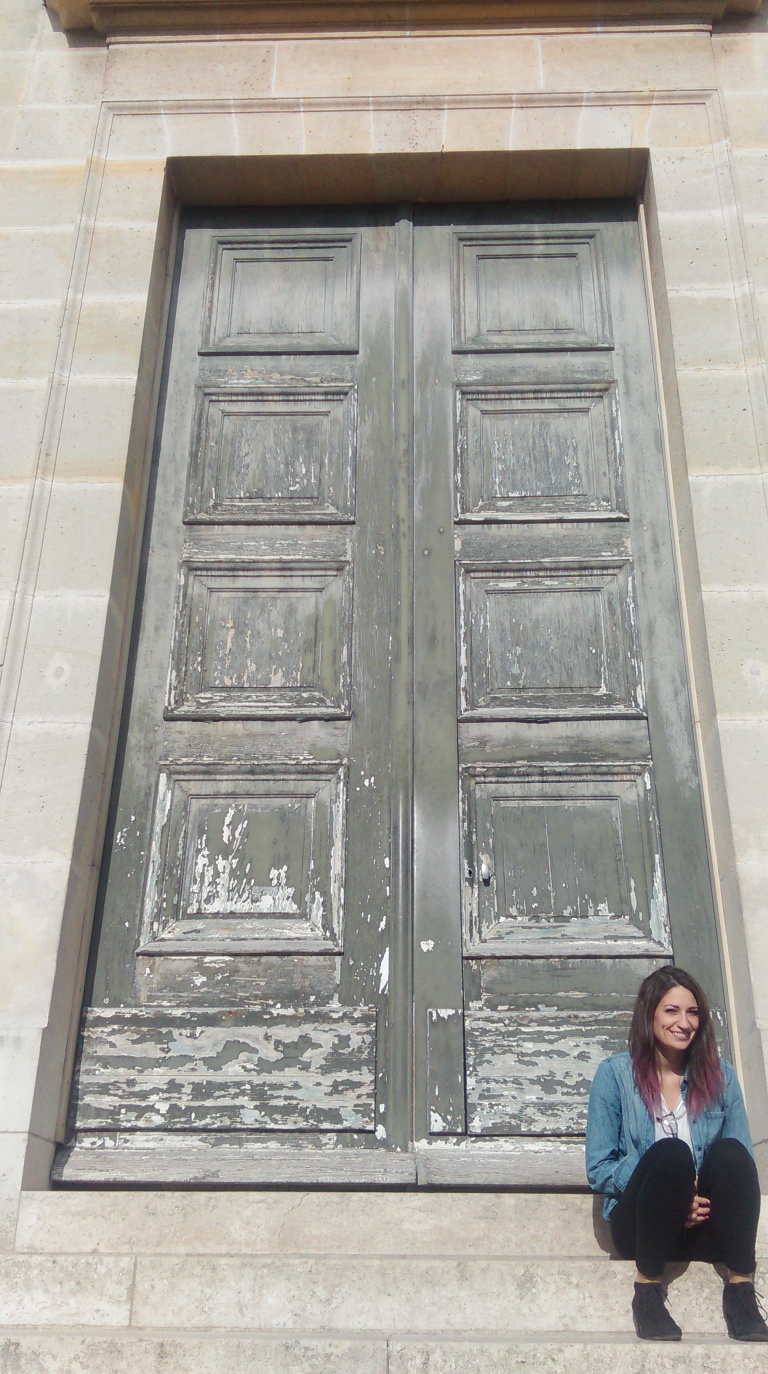 So far, I have taken 7,462,795 pictures and videos of the Eiffel Tower (from all angles and at different times of day…bien sur). I have strolled through Montmarte at midnight, drinking champagne and eating mini saucissons (pepperoni sticks, for all you Canadians reading this). I’ve also visited an underground grave, home to 6 million dead people. Paris literally has it all. 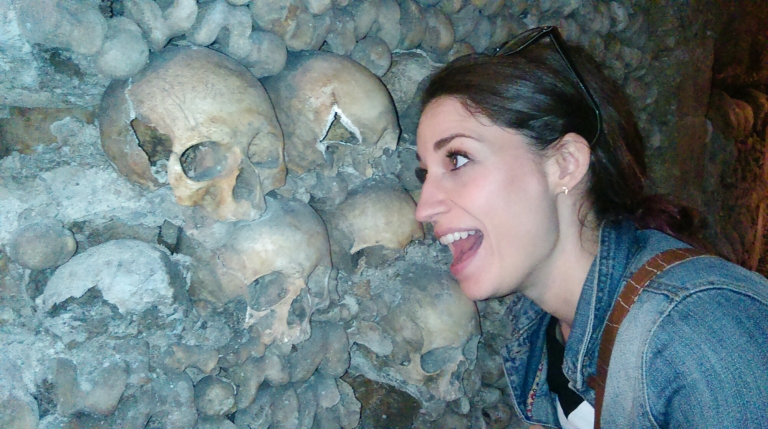 Plus, I’ve slept in really late, NOT visited the actual inside of the Louvre and gotten a fine on the Metro for buying the wrong ticket. You win some, you lose some. Speaking of… 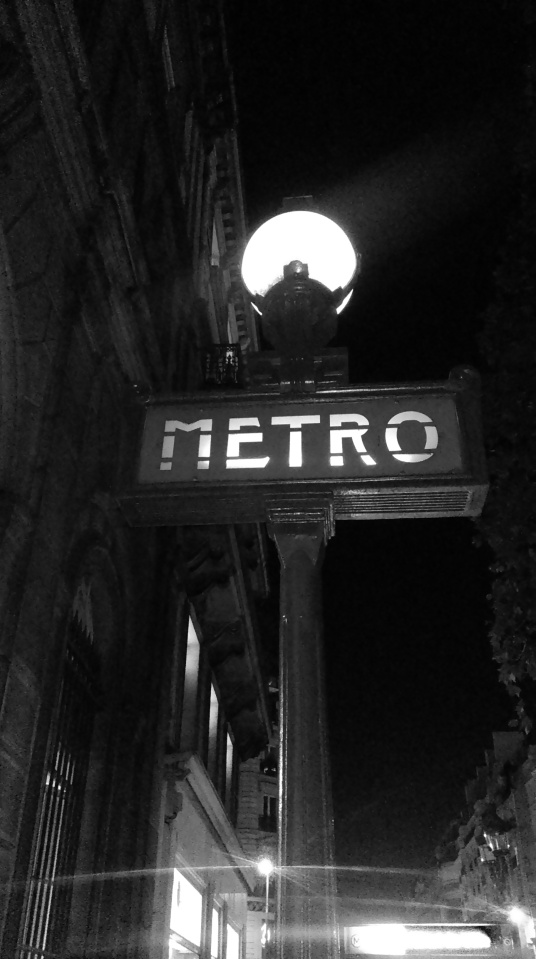 The Metro: Just like the tube in London, the subway in Toronto and Merv’s Taxi in Yarmouth…Paris is f*cking huge and we need to get around. In Toronto, I would never even dare to take the subway because it is scary, smelly, and homeless people push you in front of trains. In London, the tube is faster, convenient and easy to understand and 10 months in, I’m probably one of the few folks who doesn’t hate it. In Paris, people on the metro smoke, drink and rob you blind. It’s all part of the charm though, no? 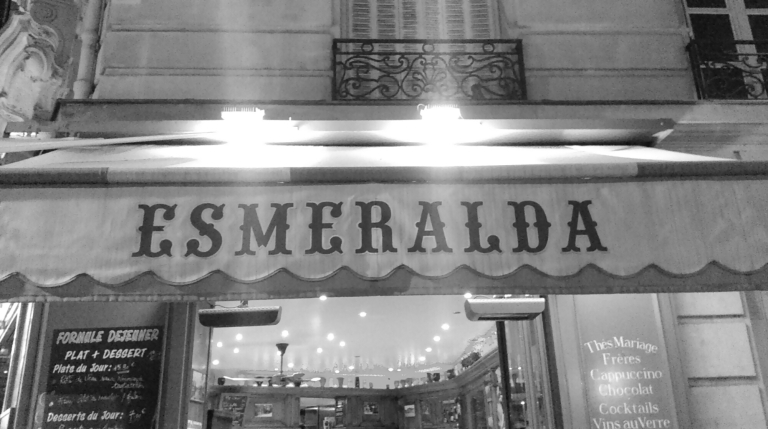 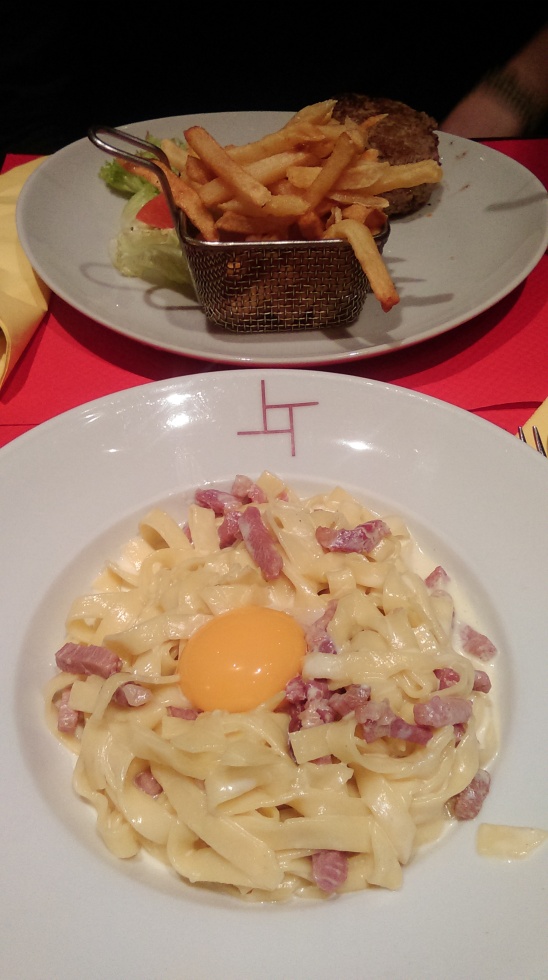 The Food: Ah, Paris, city of delicious food and romance and food and wine and food! I will say here, that I have yet to have that amazing French meal that I will remember forever and ever. But I have hope! There are restaurants literally on every corner of this city and I am on a mission to find the greatest one. 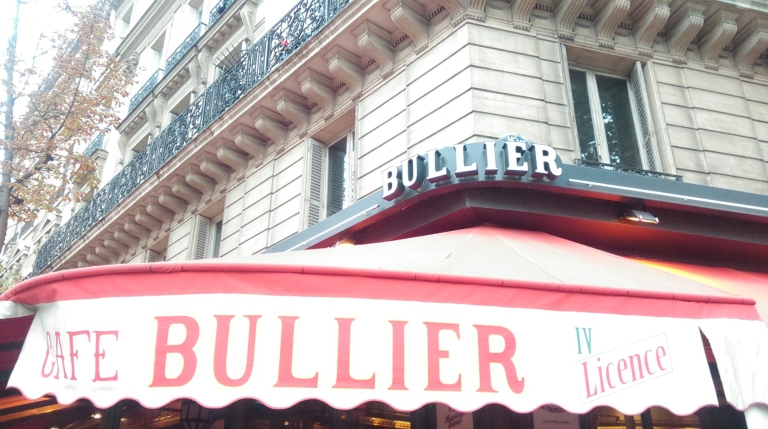 I have NEVER seen so many places to eat in my life. It’s all expensive, yes, but more to the point, it’s slightly overwhelming to have SO.MUCH.CHOICE. I am a girl who is used to choosing between a Big Mac and a McChicken. To all of a sudden have 40,000 options for dinner, both stresses me out and makes me feel like a queen, if I’m honest.

Something that I absolutely LOVE about the restaurants here in Paris, is that every single one has an outdoor area to sit. It’s been cold here lately and that stops no one from eating their meal outside. I’ve even gone into restaurants that were completely empty but the outside tables were packed and people were waiting for seats. It creates such a buzzy, lively atmosphere when you are walking around the streets to see people everywhere relaxing and dining with friends.

I’m trying to think of a way to explain this to my Canadian readers, because we don’t really have anything like this at home because snow. But you know when it’s the middle of July, and the weather has been sunny for 2 days straight and everyone around town is just happier and friendlier? And you go down to a restaurant on the waterfront (because hello, Eastern Canada), and the hostess tries to seat you at a table inside and you’re all, “No, no! It’s fine! We’ll sit outside”…because what if that’s the last nice day for awhile? So you sit there and watch the sunset and just take in the energy from all the happy people around you? Paris is like that ALL THE TIME. It’s wonderful, guys. So wonderful. 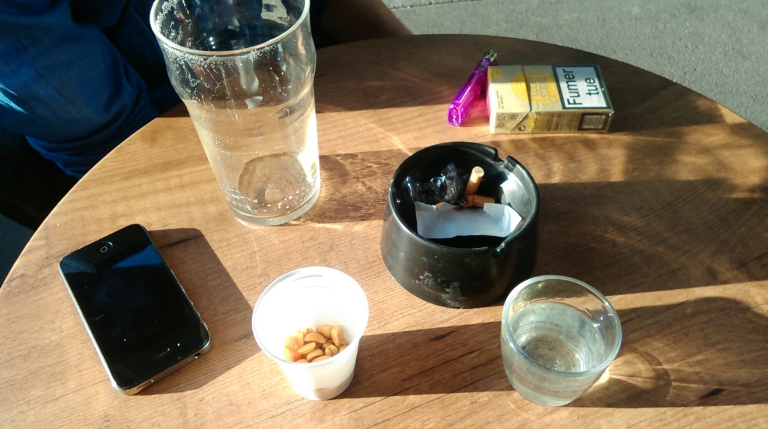 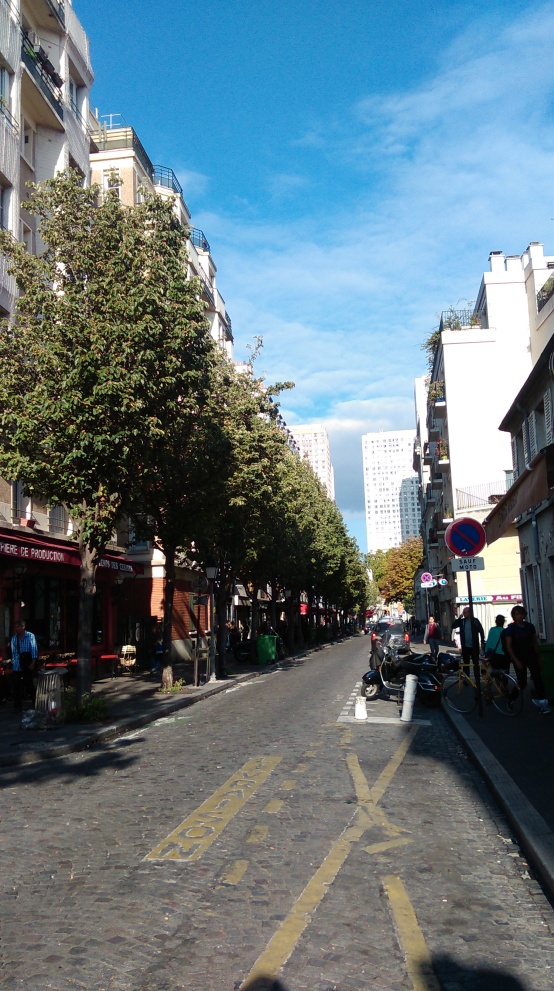 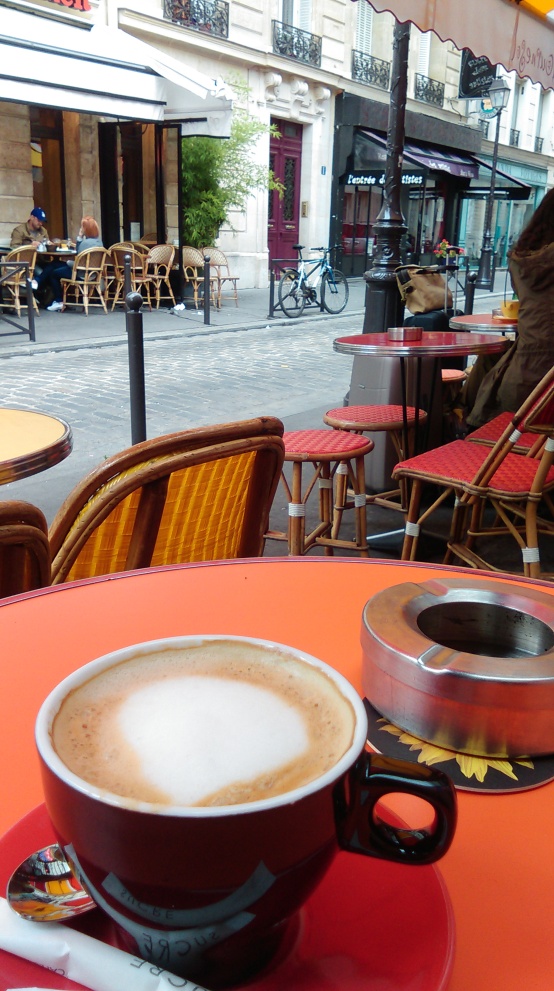 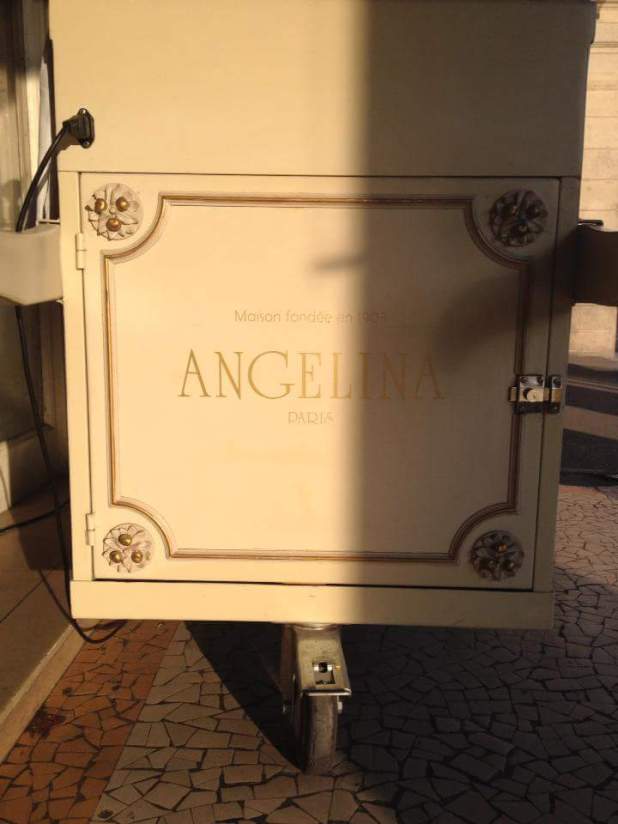 One of my favorite food moments so far, has been going to a gorgeous tearoom called Angelina, just across the street from the Jardin des Tuileries, in the 8th arrondissement. The menu is fancy, but we people watched over just dessert and coffee and had a great time! The decor, the setting and the location (let alone the actual dessert) was enough to make me have one of those “holy-cow-I’m-in-Paris” moments. 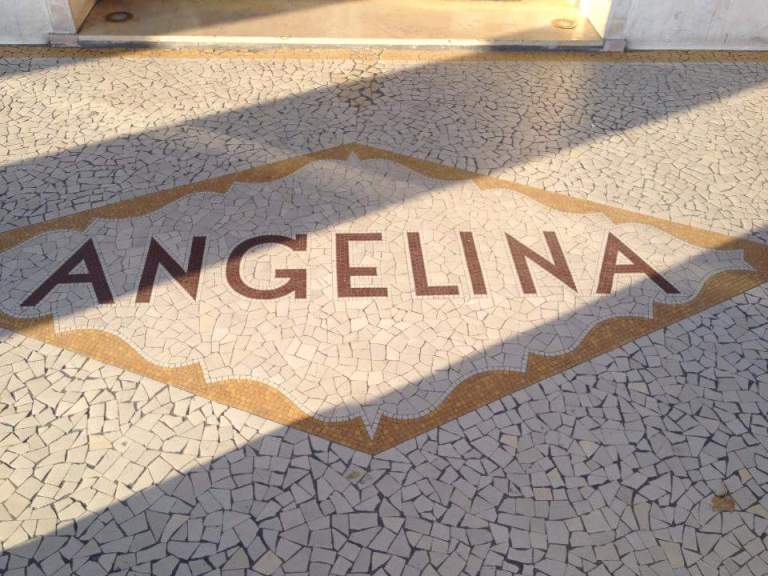 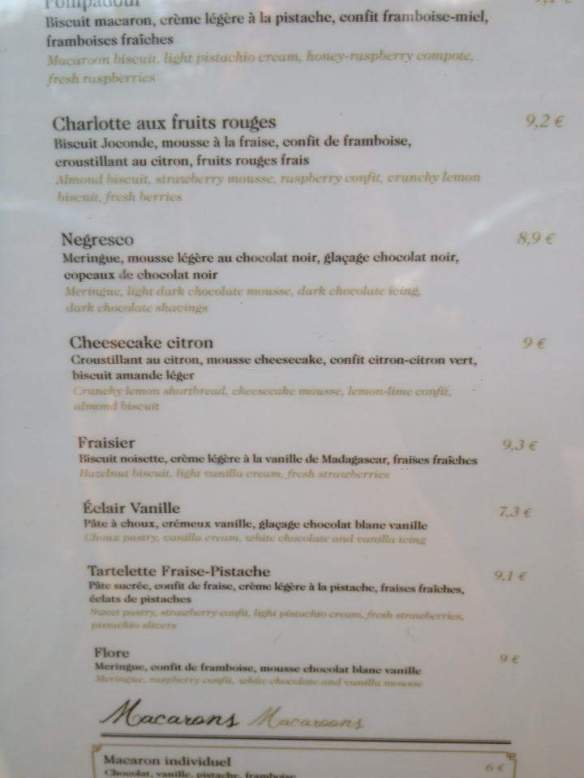 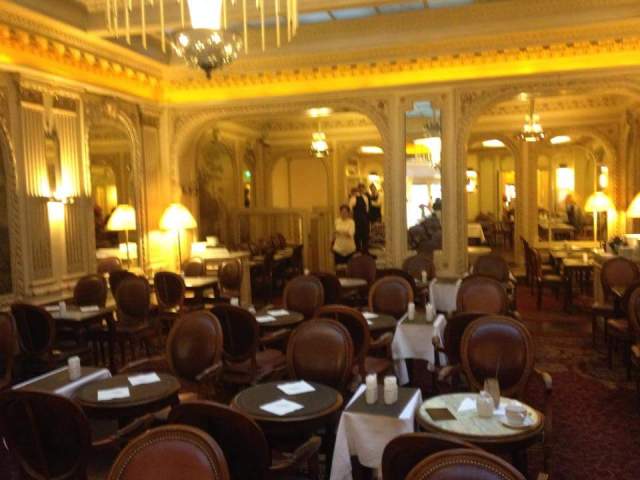 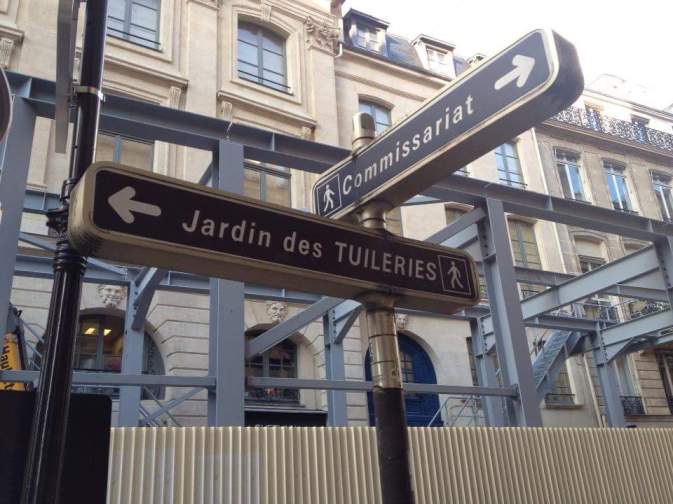 The Coffee: I am not here to rain on anyone’s parade, because I quite literally am having a “Nobody-Puts-Baby-In-A-Corner” time of my life here in Paris, but it has to be said, that as an avid coffee drinker, when I order a coffee at a cafe, I expect coffee NOT espresso. And certainly not eXpresso, either. I can’t even talk about this any further because the lack of real coffee is making me itch. And when a tall latte at Starbucks is 5€, well, I’m out of solutions. Care package, anyone?? #FirstWorldProblems, I know. 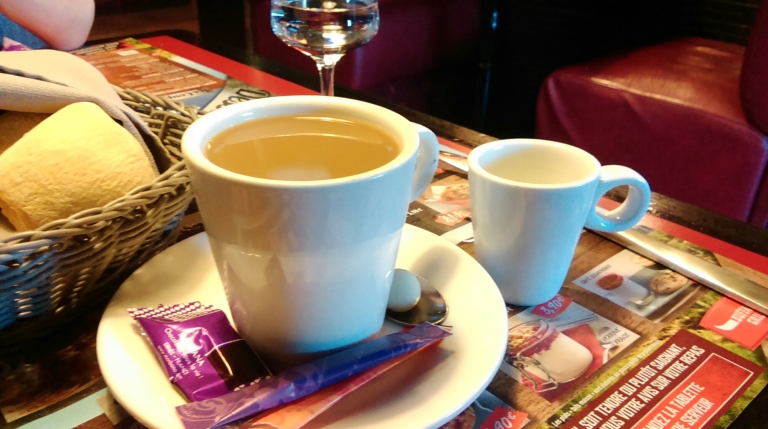 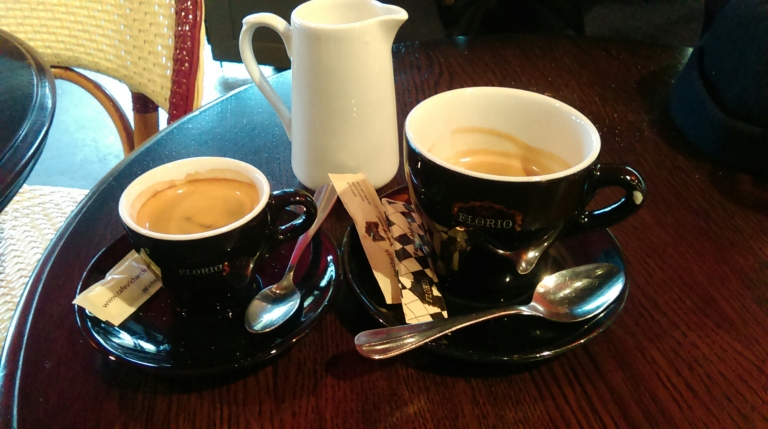 The Wine: My oh myyy, how I wished that I liked wine. It’s everywhere, it’s good with everything, and there is never a moment too insignificant for a glass of wine. While I don’t drink it, I do love that everyone stops what they’re doing to relax with a glass. This country knows what’s up.

The People: I know French people have many stereotypes floating around about them. One of the most well known may be that they are rude and perhaps snobby. It has to be said, I have yet to have anyone be rude to me in a shop, restaurant or while walking around the city.  Also, every time I speak English, every person I’ve spoken to has been patient with me and has even tried to speak English back to me. French people have been lovely so far and since I am struggling to figure out where this stereotype comes from, I’ma just let it go. (Quebec, you’re another story). 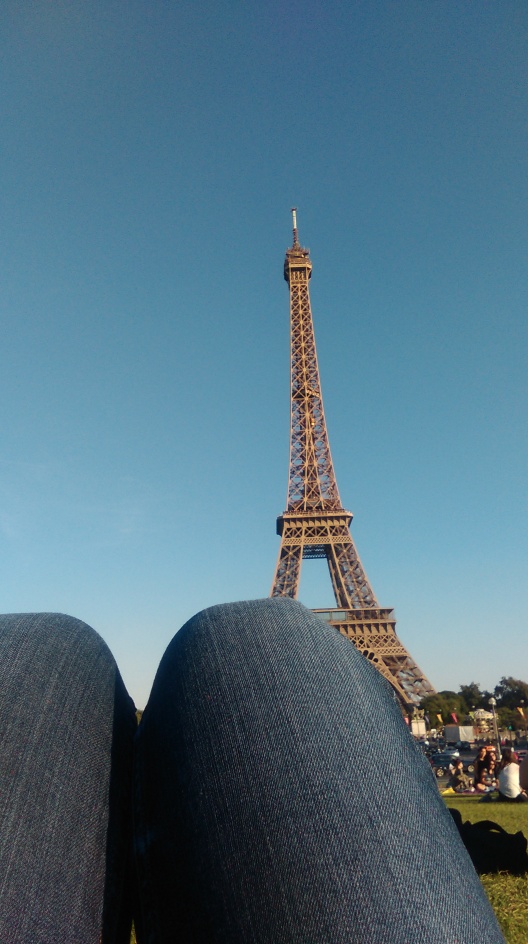 I think one of the MANY reasons I am falling in love with Paris is because you can actually have anything you want here. It’s not just a feeling, but an actual reality. There doesn’t seem to be any need or want, big or small, that can’t be filled, fixed or satiated, by being in Paris. The people, the weather, the food and drink, the monuments and museums, the parks and palaces…there is always one more sight to see, one more glass to drink, one more cobble stoned street to turn down…it feels as if Paris may go on forever, and if at some point my Paris adventure ends, I know that some day when I come back, there will be a whole other Paris for me to discover.

2 thoughts on “Paris, as seen by a Basic Bitch”