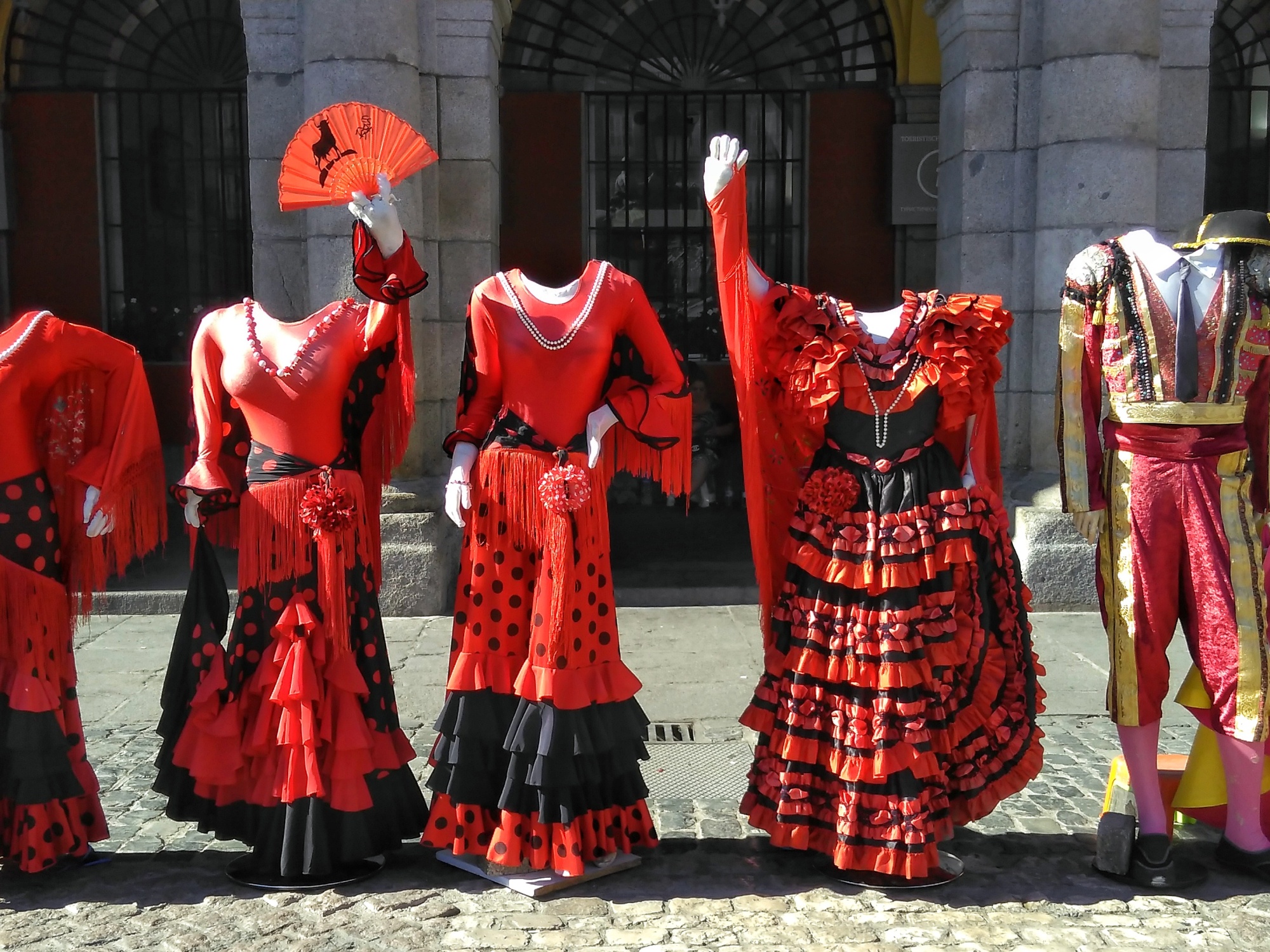 My time in Madrid was tear filled and weird, but I could feel that I was on the way towards healing some broken part of me that I hadn’t really expected to be there. 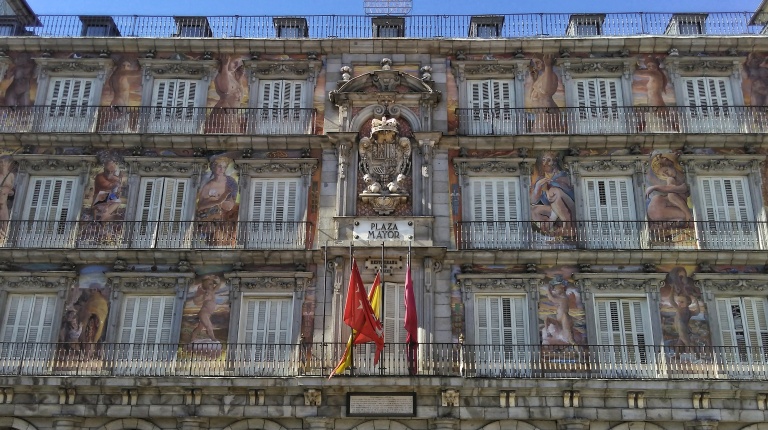 I arrived in Madrid late in the evening after an 8 hour bus trip from Barcelona. It felt scary and weird that I was just wandering around a foreign country looking for the bus station and then boarding the bus and speaking to the bus driver in the broken Spanish that I didn’t know I even knew.

(Throwback to those summers I spent inside babysitting, watching Dora the Explorer with the kids over and over again while dreaming of all the places I was going to travel to someday. That Spanish stuck with me. Full fucking circle, guys.)

Taking my seat next to strangers, staring out the window while wiping my tears and realizing that I am doing the thing that I have always wanted to do but I am also terrified and lonely and proud and happy and sad all at the same time was a cocktail of feelings that got worked through city by city and country by country. 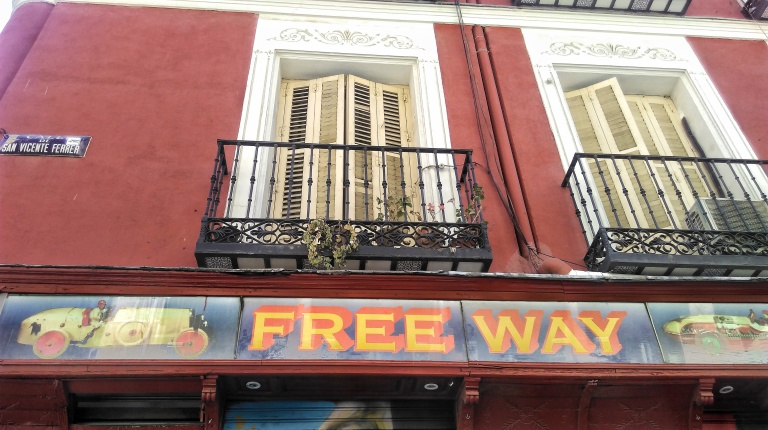 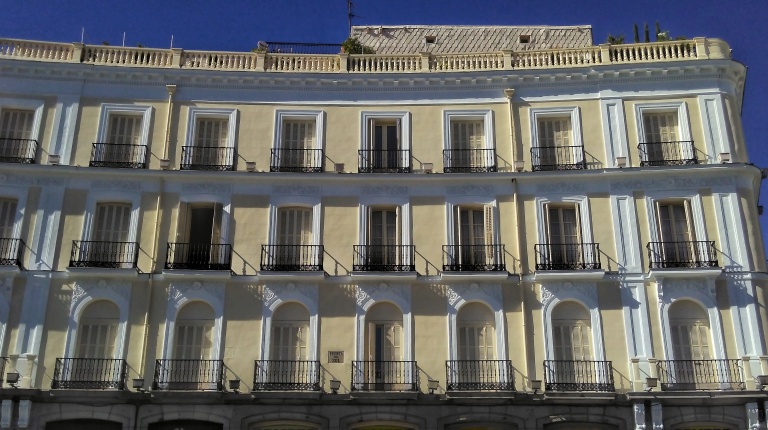 I booked my hostel in Madrid on the bus on my way to the city. Much like Barcelona, Madrid wasn’t necessarily a city I had planned on going to on this particular trip, but it was the cheapest place to get to . The hostel ended up being clean and nice, but it was a party hostel and I wasn’t feeling it. I booked myself into a female only dorm, which is always a thing I do if I am feeling particularly weird about a place (life tip!). Nothing bad has ever happened to me in a hostel but it’s one less thing to worry about.

The thing I forgot about ‘female only’ dorms, and why I don’t often book them, is for this reason:

I was sitting on my bunk, my second day in Madrid, trying to come up with some sort of plan for my afternoon. Two girls in the room were best friends who were travelling together from the city that shall not be named on this blog because I hate it and they had just come back into the room from showering. They walked in, dropped both their towels and proceeded to hang out in the room completely stark naked for the next 20 minutes or so. They sorted through their giant suitcases pulling out outfit after outfit and holding them up to each other’s naked bodies to help them decide what to wear. I sat there long enough to make sure I wasn’t crazy, that this was really happening in a room with 4 other girls who were also sitting there trying not to look.

I get extremely awkward when people get naked around me and also they are strangers and also we are not at the beach but in a bedroom, but not like, in bed, so more often than not, mixed dorms it is! Believe it or not, but guys just don’t tend to get naked in front of girls the way that other girls do. 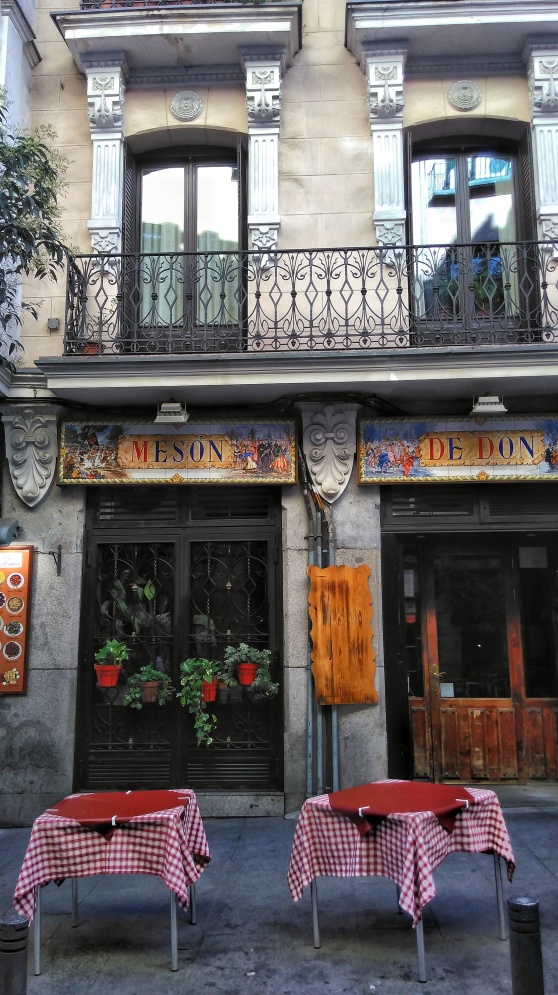 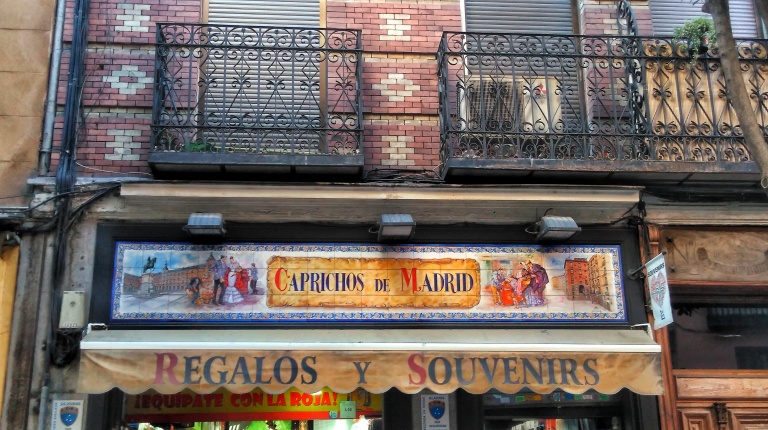 I find Barcelona and Madrid to be fairly similar and I mean that in the best way. They both have gorgeous architecture, bright colors everywhere you look and long winding streets filled with shops and cafes. Everything was just warm and happy and glowing. Normal things like, oh, you know, street signs and people, just look better in Spain.

My plan of attack for Madrid was much the same as in Barcelona – hop on the metro and just go somewhere. Wander, explore and get lost became my travel motto. Sleep when you want, eat when you want, drink when you want. Shop if you feel like it. Duck into that museum if you want to. Or not. Oh, and take pictures of everything and never for one second allow yourself to feel silly while doing it. Your trip, your memories, your life. Despite being on my own and having had no one to answer to for many, many years, it felt like I was getting used to a whole new routine. So that’s just what I did. 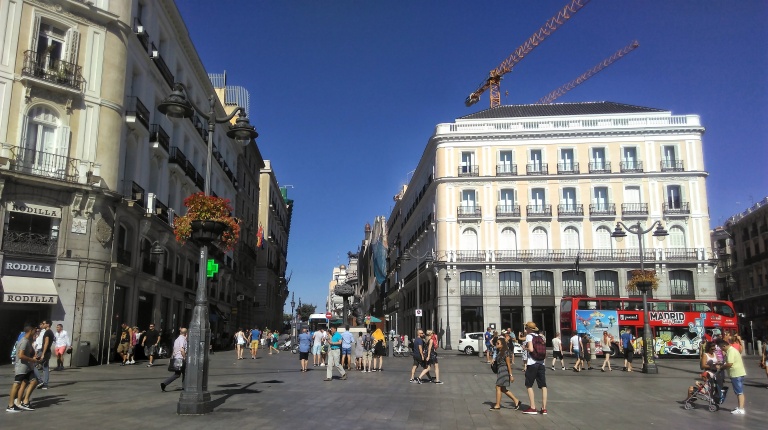 From Spain onwards my process looked a lot like this: Upon arriving in a new city, I would spend about 5 minutes Googling to find out the major ‘must-sees’ of the place I was in. Then I would look at the maps and brochures the hostels would hand out just to give me an idea of what was on offer to young, broke travelers like me. (Google comes up with a lot of big family friendly attractions.) I would pick 3 or 4 places or things I wanted to attempt to see or get to while in that city and that was it. I’d figure out my directions to the one I was closest to already and go from there. It’s like the world’s slowest treasure hunt that lasts for the duration of however long I am in a particular city. That was the extent of my planning and it worked for me.

I try not to put pressure on myself to make sure I see these things, but I use them more as guidelines to make sure I see something. I was quickly learning that not having a plan at all can easily result in getting stressed and anxious and walking up and down the same loooong Spanish streets over and over again.

Madrid has these gorgeous tiled street markers and it’s possible that I took pictures of every single one in the city. Occasionally I would give myself little photography challenges while travelling and in this case, trying to take pictures of as many tiled street signs as I could seemed like a good plan. (My camera roll was beautiful because: Spain.) 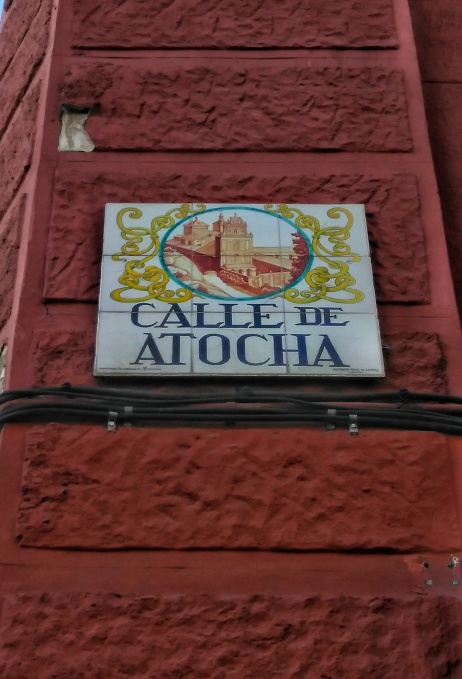 I eventually came upon stop #2 of the quest that I had unwittingly started in Barcelona, which was to hit up all the food markets in Europe that I could. Girl loves to eat. #SorryNotSorryAtAll

Mercado de San Miguel was fancier than La Boqueria in Barcelona and had more of a restaurant feel as opposed to a place where you buy individual ingredients and then go home and cook yourself.

I felt super awkward strolling up to the stall that served sangria but it was crazy cheap and I wanted sangria. The guys working at the stall were all super cute (again, Spanish people, you know?) and I felt like an absolute idiot standing there sipping my sangria while pretending to do important work on my phone, but I somehow persevered. #Brave

I had one more day planned in Madrid and needed to figure out where to go next. My solo trip so far had only taken me to Barcelona and Madrid, but before that I had spent a week travelling with my boyfriend to Paris and then to Amsterdam and I wasn’t sure if it was smart to keep pushing myself or to head back home after these three countries.

I strolled to an empty little cafe tucked away on a back street. I ordered my coffee and sat down and made a list of all the places I desperately wanted to go before my work visa ended and I had to return to Canada (thus making hopping around Europe a bit trickier).

Spain may have been somewhere on my list of “Places to Get to Eventually if Life is Good and All Goes Well” but Greece was at the very top of the “If  You Don’t Do This Now You Will Be Mad At Yourself For The Rest of Your Life So Just Do It” list. I refused to leave the cafe until I had a flight booked, so I worked my Sky Scanner voodoo and booked my flight to Crete in seconds. And I felt more excited than I had in forever.

Life Tip #72: The things you want most in life are in you for a reason. No one is going to give you permission to live your dreams, so take responsibility for yourself.

I was realizing while in Spain that I had been fooling myself into thinking I was a free spirit who was okay with anything that came my way. THAT is what I learned in Madrid. It’s bullshit. I want things. Some of them I want really badly. These are normally the things I put on the back burner. The sheer amount of joy I was feeling at purposely booking a flight to a place I had dreamed of since I was a teenager and knowing I was taking myself, got me through the next days and my trip started to slowly feel like the adventure I had been hoping but had sort of refused to actually plan for.