I have finally arrived back in the land of rude people, fast cars and cloudy skies. I just spent the past 5 days in warm, dusty Malta and I feel like a horrible weirdo for missing London the entire time, so let’s just dive in, shall we?

A bit of background on this trip…I booked this for my boyfriend for his birthday…he wanted to go someplace warm, sunny and beachy since he is from the south of France and he is used to a proper summer. The lack of sun and warmth in London is making us both a bit mental and I had also always wanted to go to Malta, so it seemed like the perfect place for us to spend 5 days in June.

Our trip started with us being extremely late. We had moved flats until 1am the night before we left (expect a post on our new neighborhood soon!) and for some reason assumed we had all the time in the world to get to the airport. Silly us.

We were at the train station in London, waiting to make the hour long trip to the airport even though our boarding gate closed in less than an hour. I also still had to go to the check in desk, (thanks to me being Canadian and needing a special stamp on my passport) and then we had to battle security. I don’t know if you have ever seen me stressed, but I basically just give up on life. #BadTimes

Somehow, we managed to get to the airport, argue with the check in desk people who told us there was no way at all to catch our flight, skip the wait at security by jumping in the handicap line and carrying the luggage for a guy in a wheelchair (boyfriend’s brilliant idea) and rush to our gate, which had closed 25 mins earlier.

A little lesson I have learned when booking with discount/budget airlines in Europe…there are ALWAYS delays. Never give up hope. Also, wear proper footwear when running through the airport. And get your significant other to carry your bags when possible.

When we arrived in Malta, it was noticeably warmer and there were palm trees. Vacation off to a good start. And honestly, we were both so happy to make our flight, if it had been snowing, we probably still would have been okay with it. 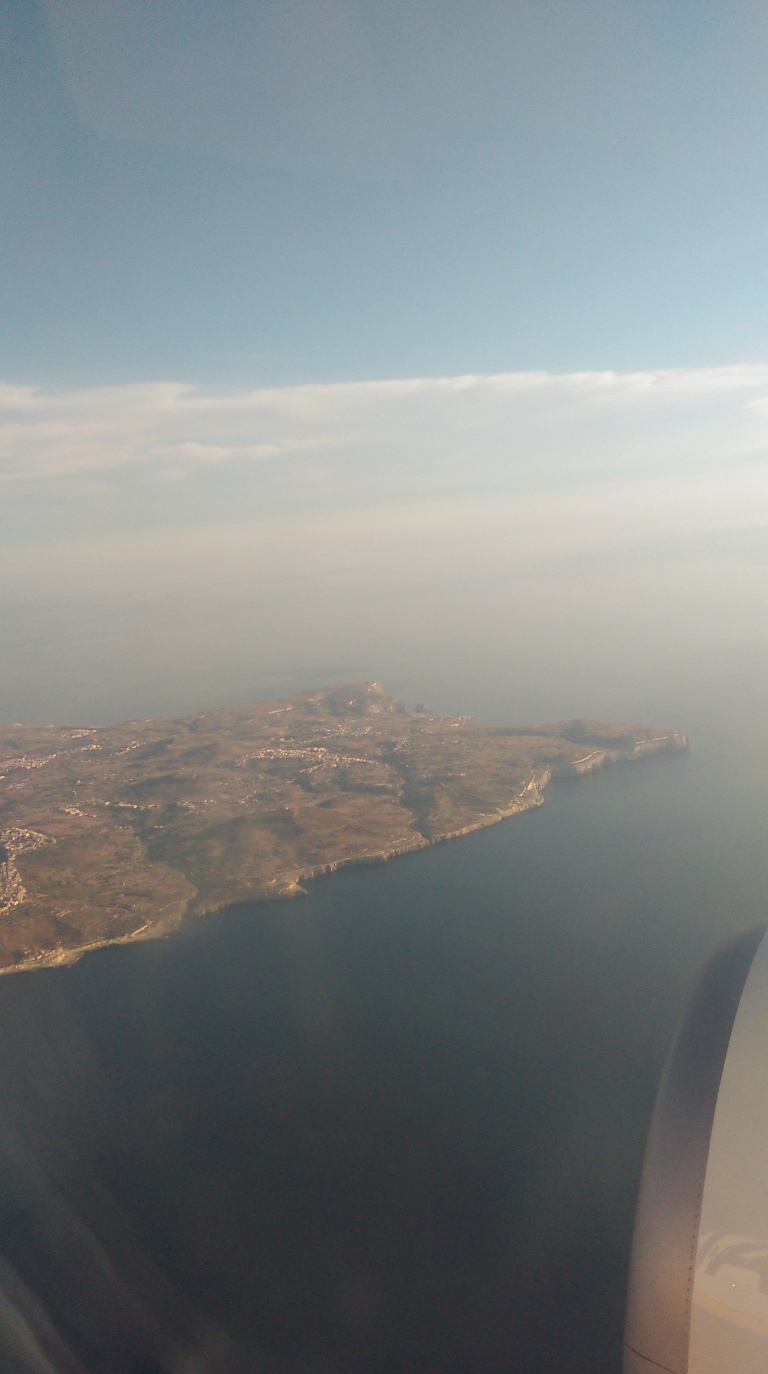 We took the bus into St. Julian’s to our hostel and made the trek up the numerous hills. There are a lot of effing hills in Malta. Even when you are going downhill, you still feel like you are going uphill somehow. Just the magic of Malta, I suppose.

Malta was warm and glorious and looked so different from Canada. It was a bit wild to think that 12 years earlier, I was living in Yarmouth, dreaming of someday seeing Malta and all of a sudden I was there. I had a bit of a moment, as I do when I arrive in any new place and then I saw a stray cat to play with and the happy tears stopped.

Malta has A LOT of stray cats. I both love this fact and also hate it. I am and forever will be a crazy cat lady, but its also sad because some of them bite you (true story) and also have no eyes (also a true story). I will spare you from seeing that last photo. 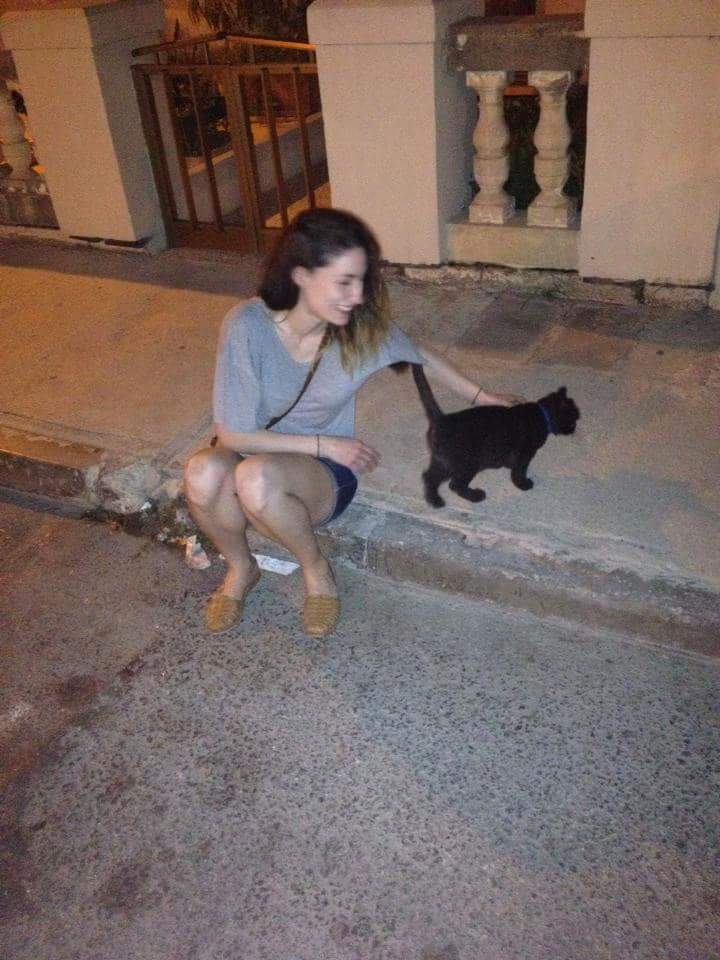 We made it to our hostel and while I wouldn’t normally write about that fact, I feel like I have to give a shout out to Boho Hostel in St. Julian’s. It was quite truthfully, the most perfect place I have ever stayed. If I owned a house, I would make it look just like this hostel. It’s my spirit place. I will stop here and just let the pictures do the talking even though they won’t do it justice.

Our second day in Malta started with a trip to Golden Bay and Ghajn Tuffieha, two gorgeous beaches about a 10 minute walk apart. There were also giant cliffs that we climbed to the top of to watch the sunset.

The highlight of our entire day, if I am completely honest, (and I always will be since this is my blog) was taking the bus to Golden Bay and stopping to pick up a lady who then proceeded to get on the bus and begin yelling at the bus driver for leaving her at the last stop. She was speaking a mix of Italian, Maltese and English, and was also slightly drunk, but it was pretty easy to understand what was going on. Eventually the screaming match escalated and the bus driver pulled over and told the woman to get off the bus. He also used lots of swear words in lots of different languages. The lady screamed at him to call the police and we then sat on the side of the road for 15 minutes until she got off. It was a lesson in Maltese tempers and also the fact that time means nothing to these people. I wanted to record the argument because it was truly a Maltese experience but I was terrified that they would turn their anger towards me. So we just sat and hid our faces while we laughed and fell a little bit in love with this crazy island.

Oh, also, the beaches were great. 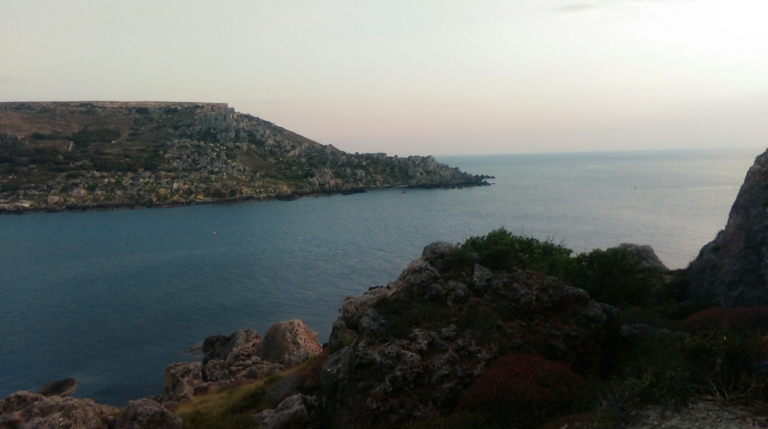